The Italian Ministry of Foreign Affairs has recently published a public notice for the selection of candidates to be submitted to the Minister for the appointment of the Director of the Italian Development Cooperation Agency. Till September the 14th the Ministry is accepting applications to identify who will lead the Italian Cooperation in the next four years. Requirements: Bachelor’s degree, professional qualification and proven experience in the field of development cooperation, advanced level of proficiency in English, at least 10 years of postgraduate work experience, of which at least 3 in development cooperation and at least 5 years in executive or managerial functions. END_OF_DOCUMENT_TOKEN_TO_BE_REPLACED

New law and new minister, what comes next in Italian development cooperation?

On August the 28th the new Italian bill on Development Cooperation entered into force upon the publication in the national Official Journal, the new law is numbered 125/2014. While the debate and the reform process lasted over 20 years, the law should lead to concrete results in the next three/six months. So far the only visible sign is the change of the name of the Ministry of Foreign Affairs into Ministry of Foreign Affairs and International Cooperation. Another major change has occurred from the date of publication of the law. Foreign Minister Federica Mogherini has been appointed to succeed Catherine Ashton as high representative and head of the EU External Action Service. It means that the Renzi’s government will soon appoint a new Foreign Minister END_OF_DOCUMENT_TOKEN_TO_BE_REPLACED 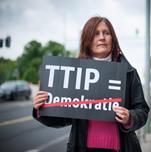 According to the German media, the Merkel Government is rethinking the conditions for the signature of the agreement with Canada. The fear is that the warranty clauses for the investors result in the possibility for foreign multinational companies to override states. The clauses that pose a risk to the conclusion of the agreement are the same that are contained in the top secret free trade agreement between USA and EU, the TTIP. The free trade agreement between EU and Canada, known as CETA (Comprehensive Economic and Trade Agreement), is considered by the heads of state themselves as a decisive test bench for the succeeding of the other, and much better known, commercial agreement between USA and EU, the Trans-atlantic Trade and Investiment Partnership END_OF_DOCUMENT_TOKEN_TO_BE_REPLACED

Tagged with: europe
Posted in News

Europe and the Sustainable Development Goals

Last week the UN Open Working Group on the Sustainable Development Goals (OWG) adopted their final report to standing ovations after 13 formal sessions and a final marathon meeting. From a European perspective, the outcome is considered a satisfactory result overall, with many of the priorities identified by EU Member States being included one-way or another. But there is still much work ahead. END_OF_DOCUMENT_TOKEN_TO_BE_REPLACED

Tagged with: Beyond2015, MDGs, SDGs
Posted in News

Italy may well now sport a Ministry of Foreign Affairs and Development Cooperation; in fact, the good news is that the Italian Parliament gave its final clearance to the legislation to reform the Italian development cooperation system last week, on 1st August. Domestically, the final go ahead was welcomed by many decision makers and interested observers even if the general political context was not helpful as the final vote took place amidst fierce divisions around other legislation the Houses were discussing in parallel, including a substantive institutional reform. Despite divisions across the political spectrum, the aid bill got only two nays in the plenary voting sessions at the Senate and the Chamber of Deputies. This is the final chapter in a story of attempted reforms that has spanned about twenty years. There is also an ironic side to this story: not many seemed to care about Italian cooperation, but, when it came to fixing it, all different sorts of interests coalesced to stop the reformers. Kudos to the current political leadership, in the Government and in the Parliament, that has pushed this reform through at last. END_OF_DOCUMENT_TOKEN_TO_BE_REPLACED

On the eve of the European Development ministers meeting in Florence as part of the Italian EU Presidency, Afronline.org publishes a dossier on a new EU development cooperation narrative that focuses on bringing the private sector to the centre of its development strategies. This silent revolution can be summarized in one word: blending. It is a silent revolution, yet irreversible, that started about seven years ago. We are on the eve of the subprime mortgage crisis and it feels as the EU had intuited the upcoming economic crisis and its consequences on Member States and their citizens, such as the risk of affecting one of its greatest achievements: development cooperation. END_OF_DOCUMENT_TOKEN_TO_BE_REPLACED

Over 400 development professionals participated in the survey launched by Info-Cooperazione two weeks ago on the engagement of the private sector in development cooperation. The representative sample that responded to the four questions show a significant division: 58% of voters are opposed and 42% in favour. The debate on the role of profit in development cooperation, while open for several years, is now on the agenda both at national and international level. At European level a new publication of the Commission entitled “A stronger role for the private sector in inclusive and sustainable growth countries in the developing world” has been recently released. END_OF_DOCUMENT_TOKEN_TO_BE_REPLACED

The planned US-EU trade deal, the Transatlantic Trade and Investment Partnership (TTIP), has come up against intense criticism from both sides of the Atlantic. Now development officials have joined the choir, and are warning that the agreement will undermine the UN’s post-2015 development agenda.  As if the quickly approaching deadline for the UN’s post-2015 development goals were not enough, experts have warned that the planned Transatlantic Trade and Investment Partnership (TTIP) between the EU and the US threatens to contradict global development targets. END_OF_DOCUMENT_TOKEN_TO_BE_REPLACED

The Co-Chairs of the Open Working Group (OWG) on the Sustainable Development Goals (SDGs) have issued the “zero draft” of goals and targets. Titled ‘Introduction and Proposed Goals and Targets on Sustainable Development for the Post2015 Development Agenda,’ the zero draft proposes 17 SDGs to be attained by 2030, as well as associated targets. OWG Co-Chairs Macharia Kamau, Permanent Representative of Kenya, and Csaba Kőrösi, Permanent Representative of Hungary, note in their 2 June letter to all UN Member States that the zero draft includes a proposed focus area to “reduce inequality within and among countries,” which brings the number of proposed goals to 17. END_OF_DOCUMENT_TOKEN_TO_BE_REPLACED

Tagged with: Beyond2015, MDGs
Posted in News, United Nation Agencies

Today the European Commission adopted a Communication to contribute to the EU position in international negotiations on Sustainable Development Goals (SDGs), as the follow-up to the Millennium Development Goals (MDGs). The SDGs are intended to reinforce the international community’s commitment to eradicating poverty and supporting sustainable development, challenges that affect the lives of current and future generations. The Commission Communication describes key principles and proposes priority areas and potential targets for the years following 2015, as a step towards establishing a limited number of Sustainable Development Goals. END_OF_DOCUMENT_TOKEN_TO_BE_REPLACED

What NGOs are asking to the future EU Parliament?

Two weeks are left before the election for the renewal of the European parliament. The political debate and the electoral campaign is entering its final phase in all EU countries. The debate focuses mainly on economic issues, on the crisis of confidence in the Euro as common currency and on immigration issues. In many countries the polls are registering a growing popularity of euro-skeptical political parties and movements that are calling for the change of the austerity policies. During the last weeks several NGOs and European civil society organizations are calling the candidates to the European parliament to engage themselves for a fairer Europe. END_OF_DOCUMENT_TOKEN_TO_BE_REPLACED

The Donors’ Dilemma, From Charity to Social Justice

There is no denying that foreign aid has been and will continue for some time to be an important source of finance of ending absolute poverty and promoting economic development. But the days of the Official Development Assistance (ODA) paradigm as we know it are numbered. Aid is the manifestation of a peculiar historical context. We have built a world order in which there are unprecedented and unacceptable levels of socio-economic inequality. These extreme disparities have led to the creation of our current system of ODA, in which rich countries allocate a relatively small amount to alleviate the extreme manifestations of poverty around the world. We have developed guidelines, rules, norms and systems to regulate what counts and what doesn’t count as aid, all for very sensible reasons. The reasons why aid is unlikely to survive much longer in its current form are well-rehearsed; five stand out. END_OF_DOCUMENT_TOKEN_TO_BE_REPLACED

Social Business as usual – What is making business social?

The word is trendy and in the field of development cooperation is now on everyone’s lips. Of those who think “Social” but understand that without business there is a risk of shutting down and of those who think “Business” and have realized that with the Social new markets can be reached. If you don’t want to get caught unprepared find here a minimal vocabulary of Social Business. END_OF_DOCUMENT_TOKEN_TO_BE_REPLACED

Toward the Milan World Expo 2015: how civil society will take part ?

The next World Expo, which will be held in Milan next year, will look to raise awareness about different ways of producing food and contribute to the global food security debate. The main issue is “Feed the world, energy for life”. 20 million visitors will be expected at the Italian city, with the event running between 1 May and 1 October 2015. While the spotlight is increasingly on the construction of the Expo site and the innovative infrastructures connected , Italian and international civil society is working on how to take part to the event bringing a contribution to the planetary debate on food and sustainability. The event will feature pavilions from over 142 countries, for the first time ever a specific participation of civil society has been included in a Universal Exposition. END_OF_DOCUMENT_TOKEN_TO_BE_REPLACED

Federica Mogherini is the new Italian Minister of Foreign Affairs

It has been less than a year since complex political wrangling over Italy’s finances resulted in the formation of a new Italian government, led by Enrico Letta. But with confidence in Letta’s premiership waning he resigned earlier this month, sparking a vote among members of the ruling centre-left Democratic Party that saw Matteo Renzi elected leader. Renzi’s first act as prime minister was to nominate a Cabinet, whose composition marks a first in the country’s history: Women make up half of it, including the one at the helm of the ministry in charge of Italian development cooperation. Who is Federica Mogherini and how will she impact Italian aid policy? END_OF_DOCUMENT_TOKEN_TO_BE_REPLACED